How to Kill Ivy Plant 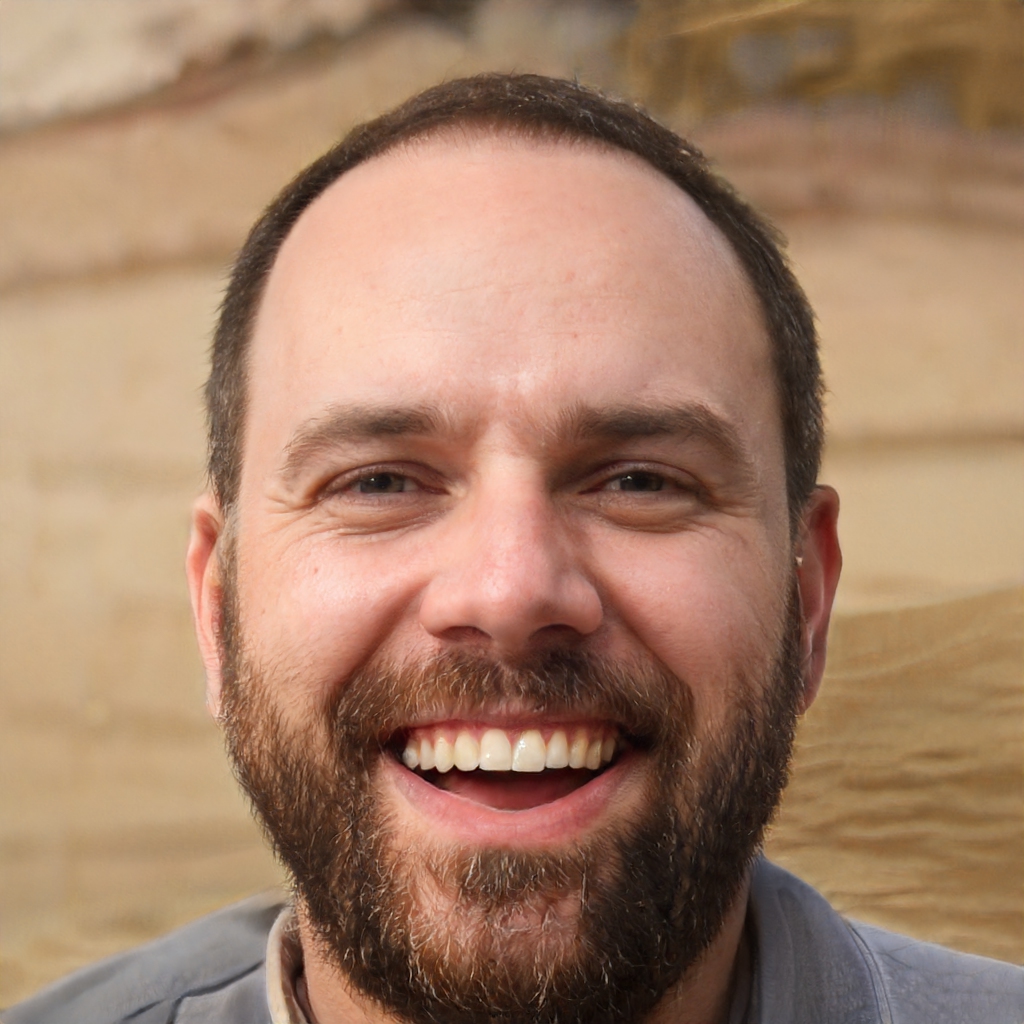 The creeping vine Ivy plant has the reputation of being mildly poisonous that can cause skin irritation that can be harmful to your children and pets. That’s probably one of the main reasons to get rid of ivy. But there are also ornamental Ivy plants that are not dangerous such as the Swedish Ivy that makes a wonderful houseplant that grows on a hanging basket.

There are also varieties that you probably chose to plant and grow indoor as an added decor, or outdoor for effective ground cover for your garden and yard that also serve as a weed killer. However, growing ivies have disadvantages, too that you have to resort to killing this vine.

You may also like: Best Weed Killer 2021 – Top Reviews

Ivies being crawling plants can be quite invasive and can become a nuisance over time. By identifying the type of ivy plant you have, you can prepare to what kind of predicament you will be in and the proper way of killing ivy. 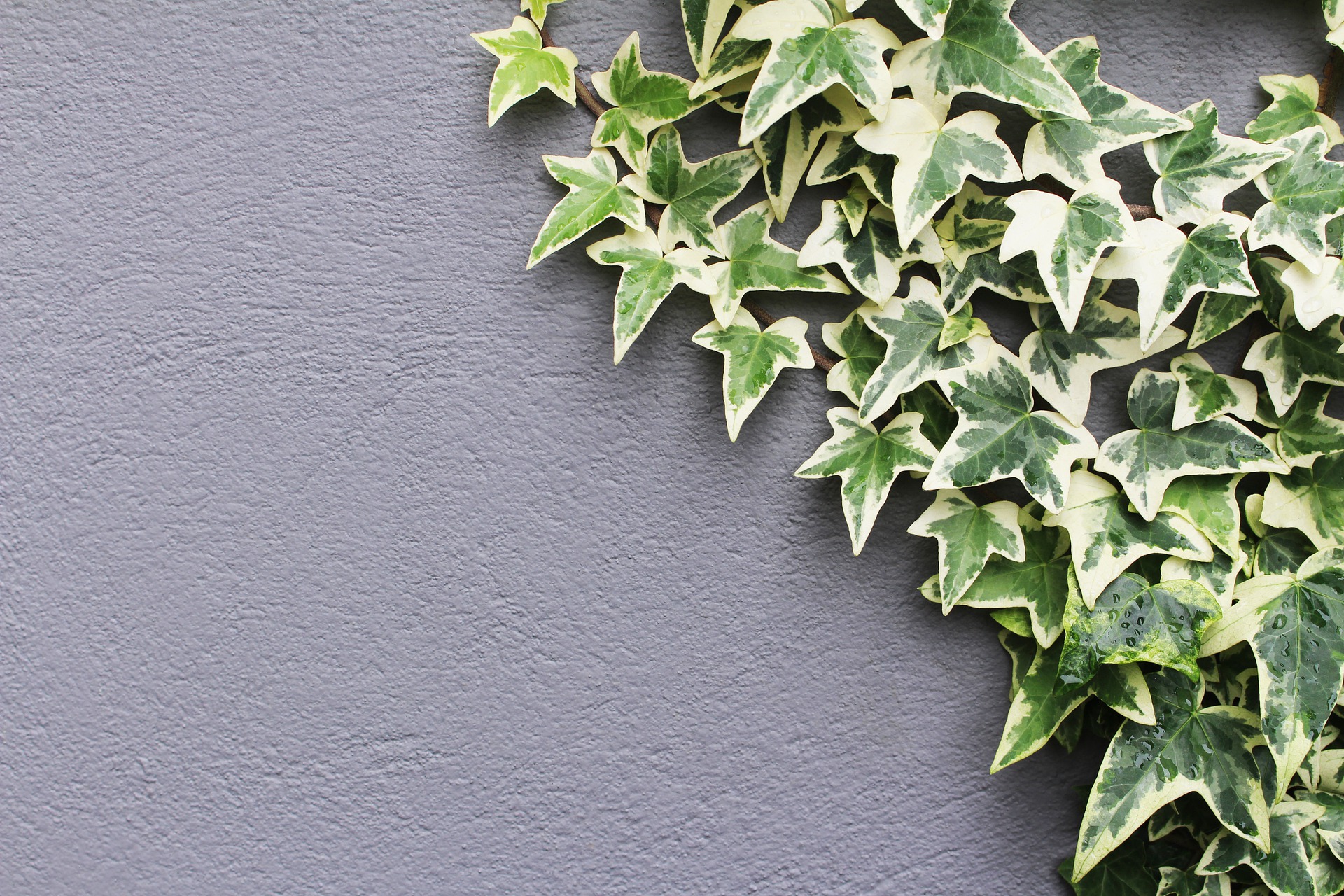 English Ivy is classified as a woody vine. This type can serve as a ground cover that sprawls horizontally. Because of its aerial rootlets, it can climb up to 80 feet in height and rampantly grows and eventually bear greenish flowers and flourished green leaves that can cover a vast area of your garden. That’s when it becomes a problem that it is so invasive that other plants and trees will not be able to get enough sunlight to grow. This Ivy variety is toxic to humans and animals so take necessary precautions. 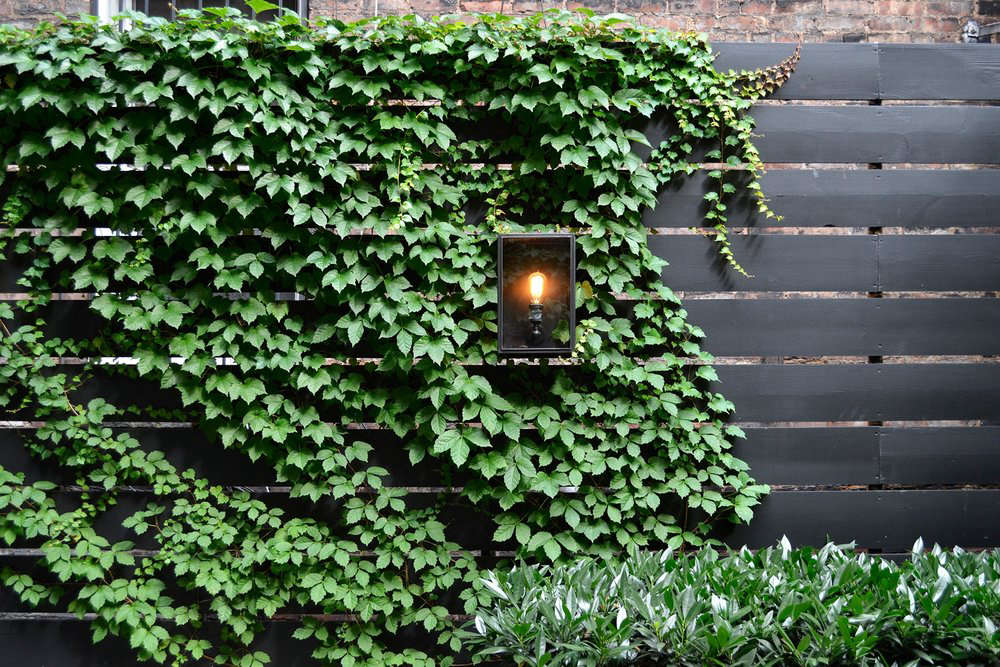 Just like the English ivy, this variety is a climbing vine that can cover high walls and can grow fast easily. It can damage outdoor structures such as wood sidings, roofing, and gutters if not properly tended. Ivy-covered walls and trees can be beautiful but when it’s time to remove the ivy from its clutch, it can ruin the host in the process of taking the vines off. Therefore, it is recommended to manage this ivy before it gets out of hand. You can opt to kill the vine if necessary. 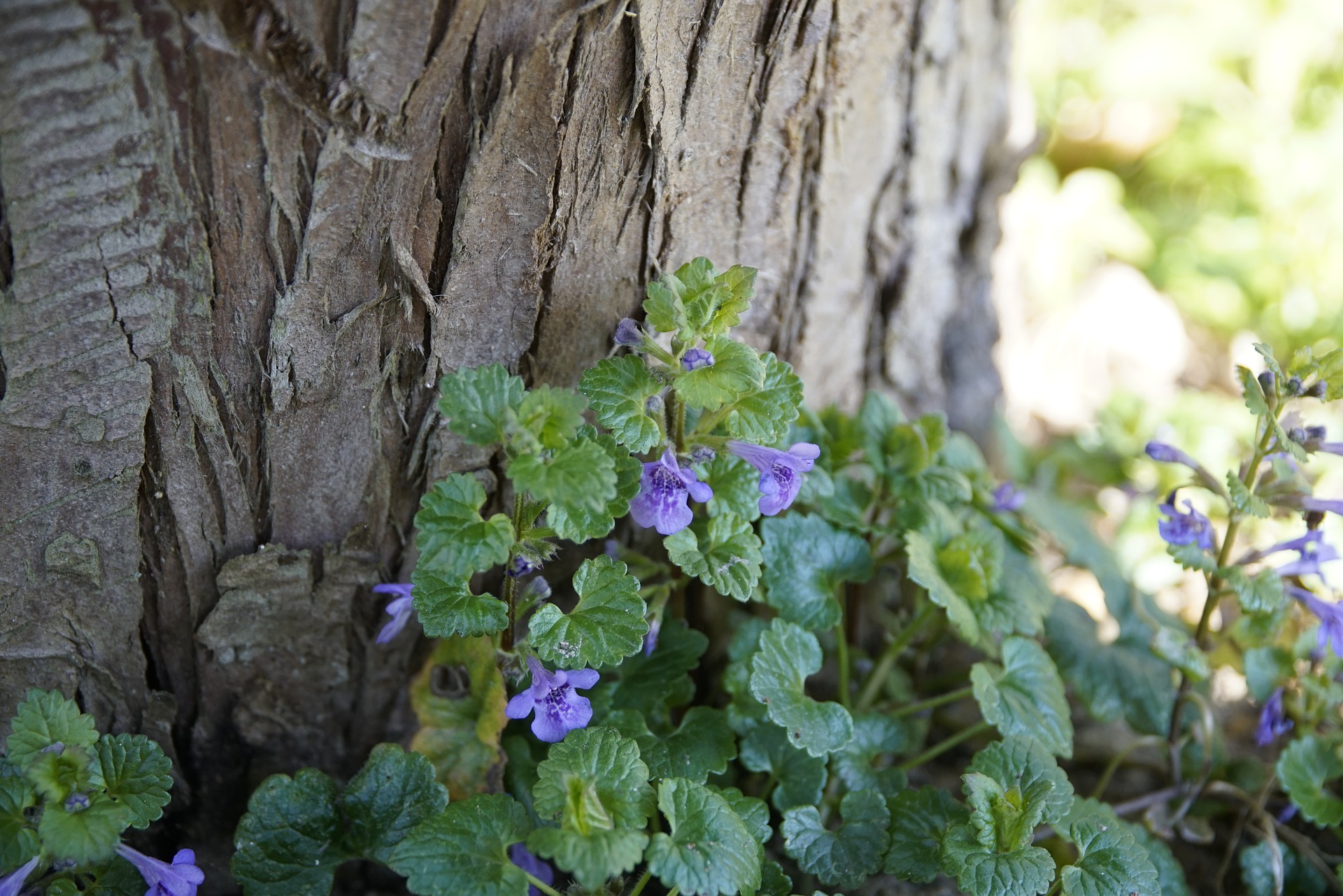 The ground Ivy or the Creeping Charlie was first introduced as a medicinal plant. This lawn weed can be tolerable for some gardeners as it emits a pleasing fragrance when mowed but can be a nuisance if not managed well. This vine is a vigorous grower that can invade your lawn and plants which creates dense patches that can push out your plants from growing. It can be quite toxic to many animals especially horses.

You may also like: 10 Best Electric Lawn Mower – Ultimate Guide 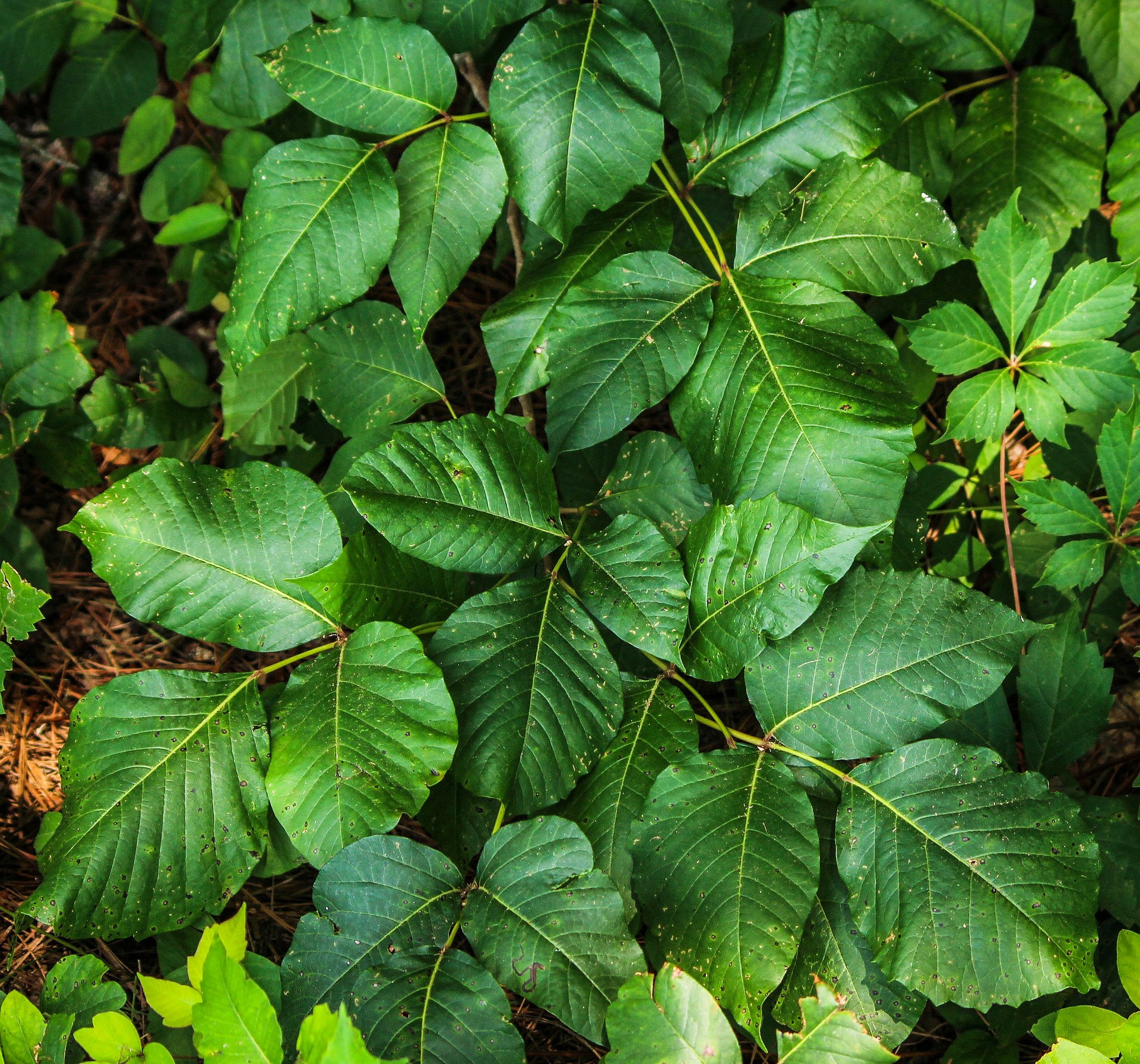 Of all the Ivy plants, the poison Ivy is the most popular not because of its beauty but mostly because of its toxicity. It can cause a nasty rash so anyone with kids and pets around will not ever let this vine hang around their home garden.

Choosing a method to kill ivy will depend on the variety of the vine and the situation of the growth. If you have identified the kind of ivy you have, you would definitely take heed when you are pulling out the poisonous ones.

The method for killing English and Boston Ivy have the same procedure. You can spray herbicide with Glyphosate. It would be easier if you are removing a patch on the ground. When the vine starts to wither, you can begin to trim down the vines using a pruner and pruning saw for the thick and hard branches. If you don’t like using chemicals for killing ivy, you can opt for an organic alternative by digging out the roots. This kind of plant variety is not recommended to be composted. Dispose of the dead ivy properly in accordance to waste management.

The ground ivy is easier to deal with compared to other varieties. It’s just a bit annoying because it will likely grow back. If you don’t mind getting your hands dirty and you have a lot of time in your hand, you can dig it out by weeding, hand-pulling the vines one by one. Remember, the creeping charlie can grip the soil as it spreads. Another option is to use a broadleaf herbicide weed killer that will not harm your garden grass.

Poison ivy should not be taken lightly especially when killing it. Because of its toxicity, even the slightest whiff or touch to your body can be harmful. You can use herbicide spray to aid you with the killing. Cut off the poison ivy at ground level by removing the ivy vines. As you cut the stems put them in a secured bag that can’t be easily ripped apart. Secure the bag tightly and dispose of it properly. You should also dig out the roots and destroy any vine that is left by using weed killer.

Tips and Tricks on How to Kill Ivy 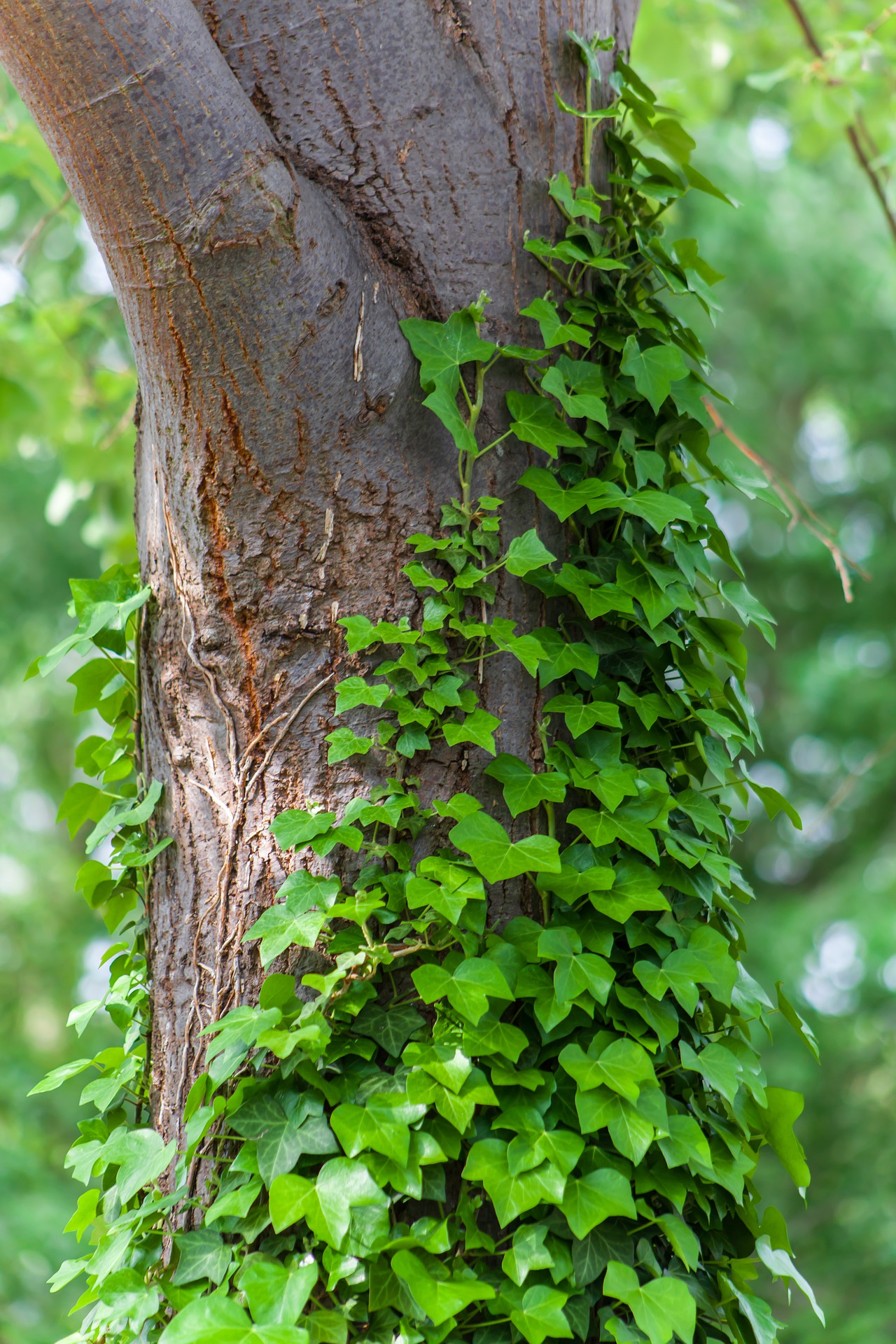 When killing an ivy attached to a tree, you don’t want to risk using a herbicide that can be harmful to your tree. Cut the vine on the base first before making another series of cuts in a higher position. Once pruned, you can peel the vines that are attached to the tree trunk. Dig the roots out of the ground. You might not be able to take all the roots out in one dig, but when you see a re-growth, it would be easier for you to pull out the vine. 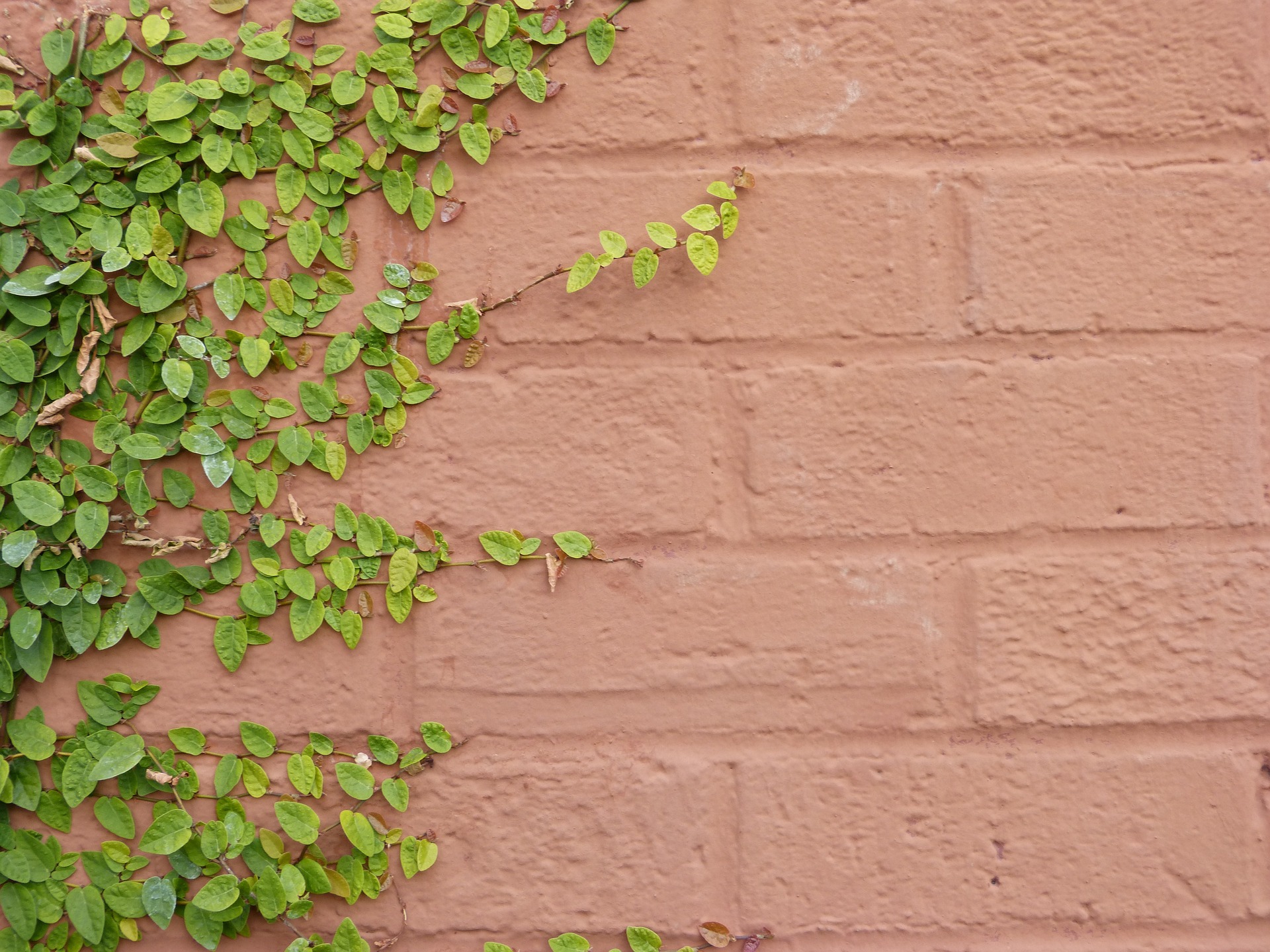 You can remove ivy that is attached to the wall by spraying glyphosate first on the ivy vines. When the leaves have turned yellow, you can now prune the vines where it emerges. Do not yank the vines off the wall to avoid damaging your wall structure. If it’s difficult to remove the ivy, use a pruner to cut the hard part. You can also try digging the roots once the vines have been removed to avoid the ivy growing again. Dispose of the removed ivy properly by putting it in a bag then seal.

One of the inconveniences after removing ivy from a wall is the holdfasts remain. To clean it out, prepare a solution in a spray bottle of 1 part bleach to 3 parts of water with liquid dish soap. Spray the solution to your wall, scrape and scrub using a scraper and hard-bristled brush to eliminate the stain.

Most ivy vines are toxic, so the chemical solution, you will be used to kill the plant. To avoid mishaps and accidents while doing the task of removing the ivy, taking safety precautions is necessary.

Keep Your Plants Healthy and Pest-Free 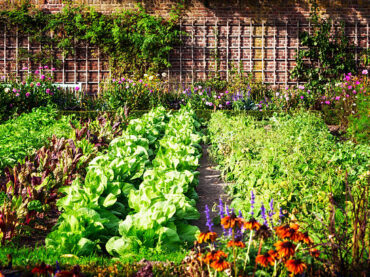 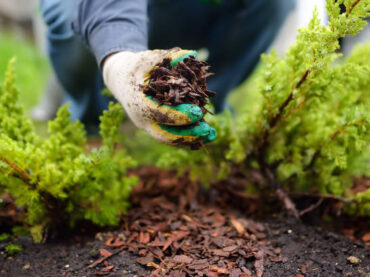 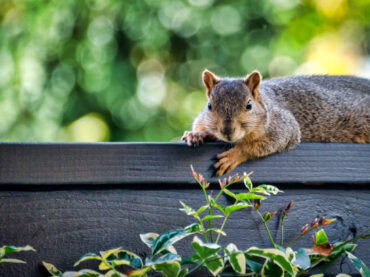 How to Get Rid of Ants in Your Garden? 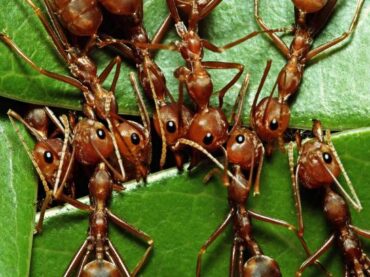 How To Get Rid of Brambles Without Chemicals? 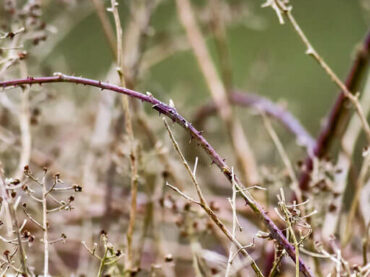 How to Control the Growth of Weed? 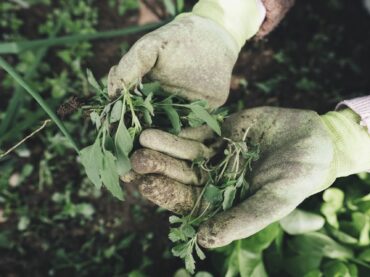